The Nutrition-Mental Health Connection You Didn’t Know About 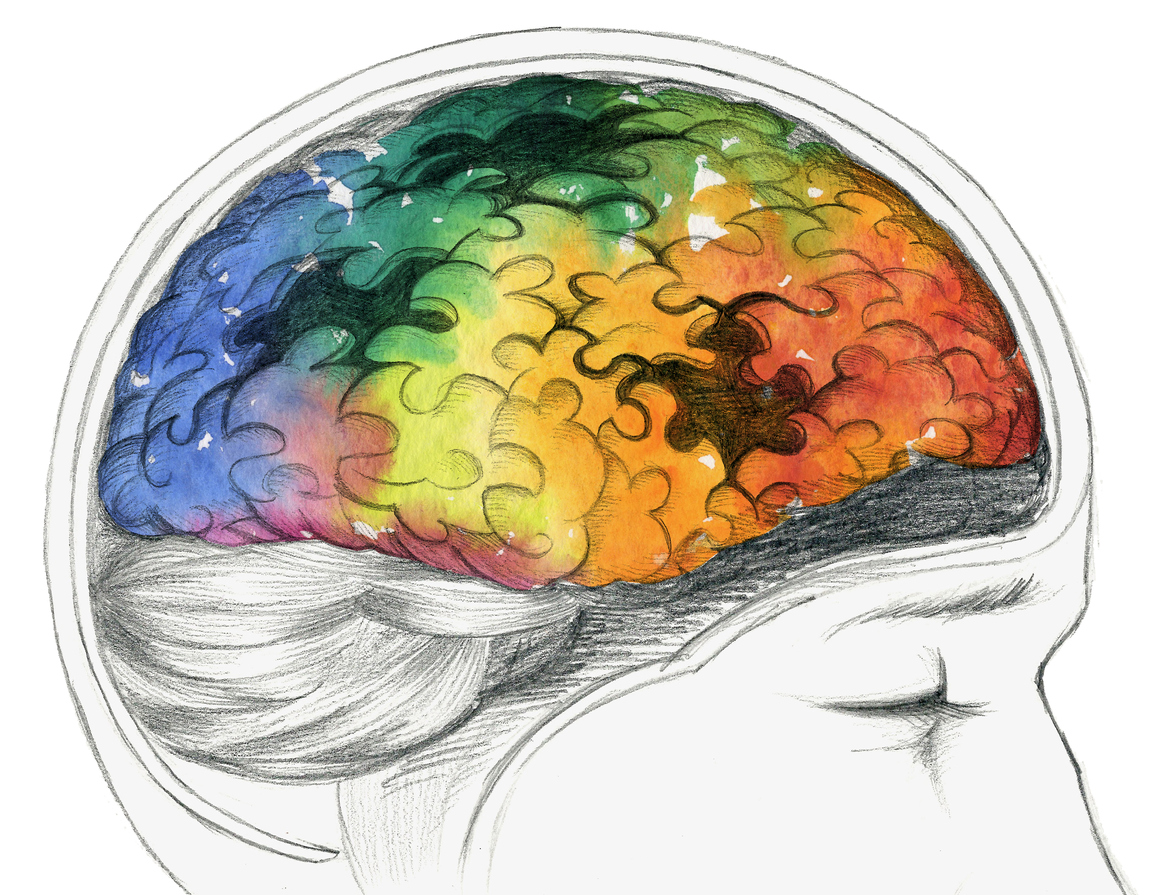 When most people think about mental health issues like aggression, bipolar disorder, autism, ADHD, PTSD and Alzheimer's disease, they assume that the path to recovery is paved with pills and medication.

After all, medical science has made leaps and bounds over the decades. A lot of the illnesses we have today - including the mental kind - can be treated with a prescription so we can go about our lives and function normally.

But just because there's a pill for just about everything, does that mean we should ALWAYS go down this road?

What if the answer to mental health issues can be found on your dinner plate - instead of in a bottle of pills?

What if you could treat the root cause of these illnesses and free yourself from the crutch of medication by eating the right food?

Thinking Outside of the Box

Julia Rucklidge, a professor and researcher at the University of Canterbury in Christchurch, New Zealand offers a radical idea.

Based on her extensive studies and over 20 papers they've published, Dr. Rucklidge believes that there's a strong connection between what we eat and how we feel. Much of her work involves exploring this connection to address the rising rates of mental illness related to the Canterbury earthquakes from 2011.

She pointed out that the number of mental health illnesses in children have doubled in a span of only five years.

And on an international scale, other conditions like ADHD have increased by thrice and autism by twenty times. Bipolar disorder, on the other hand, is now 40 times higher than before.

Dr. Rucklidge also showed a correlation between the increase in mental illness and a recent surge in prescriptions to treat these conditions. As of 2012, about 500,000 people in New Zealand were on medication – this comes to a 38 percent rise over a five year period.

As such, she points out that even though prescriptions rates have increased, there hasn’t been a decline in mental health issues.

So, it’s clear that there’s a disconnect between this on-going problem and the solution.

Happiness Starts in Your Stomach

Your gut, or gastrointestinal (GI) tract, isn’t just responsible for digesting your food and delivering energy to the rest of your body.

It also creates a lot of chemicals called neurotransmitters which directly affect your brain – and ultimately, your mental state. So when people say they have a gut feeling about something, there's a genuine reason for it.

Scientists haven’t completely figured out the complexities behind the emotional connection we have with our gut. However, many studies (such as Dr. Rucklidge’s body of work) have already established that the quality of food you consume has a direct impact on your emotional state.

Thus, it only makes sense that the type of nutrition you get (or lack thereof) is important because your gut has a direct link to your brain.

If you consume a lot of processed food that’s high in sugar, unhealthy fats, carbohydrates, emulsifiers, and additives, it doesn't take a scientist to see that a lot of that stuff will make its way to your brain.

And when that hits your bloodstream and grey matter, that’s where a lot of emotional and mental health issues begin.

As such, your body AND brain are going to need the right energy sources to help your gut do what it’s meant to – make you happy.

For instance, serotonin is one of the neurotransmitters which is also known as a “happy chemical.” This affects the quality of your sleep, emotional stability, appetite, and your ability to tolerate pain.

Your GI tract produces neurotransmitters like these which are then carried to your brain. This is why eating whole, unprocessed food allows your gut to produce serotonin and keep you on track.

Getting Your Gut on The Path To Wellness

Of course, it’s not so easy to just switch over to a new way of eating if you’re used to consuming certain types of foods.

It’s normal to have powerful cravings for the processed stuff, but the choice to make the switch is still up to you.

The key is slowly introducing whole, healthy foods into your eating routine while phasing out the unhealthy stuff.

Experts from different fields have looked at the “old school” types of diets and noticed a common thread among them.

Whether it’s Mediterranean, Asian or Paleo, signs show that people fare better with a traditional approach to nutrition – especially when it comes to mental health.

In 1939, Dr. Weston Price published his book, “Nutrition and Physical Degeneration, A Comparison of Primitive and Modern Diets and Their Effects,” which studied the influence of processed food (which came to be known as the Western diet) on indigenous societies.

He found that people from different regions around the world (such as Africa, Alaska, and Canada) were significantly healthier BEFORE their diet was compromised by processed, refined food.

Even back then, it was apparent how much of an impact nutrition has on people’s well-being.

So it's evident that the key is to excellent physical and mental health is by choosing the food that's designed to heal and nourish your body and mind.

What Should You Eat?

…the solution doesn’t have to be.

In fact, it’s better to keep your eating habits simple and easy to follow.

A healthy lifestyle should be sustainable so you can keep yourself in top condition on a long-term basis.

Remember, the recipe for happiness needs the best ingredients. Here are some of the most important ones:

This nutrient is a vital catalyst that kickstarts a lot of biological processes in your body. With magnesium, you’ll better manage functions related to digestion (and metabolizing food) and mental health.

In fact, a lack of magnesium is connected to a host of issues like anxiety, depression, ADHD, bipolar disorder, and even schizophrenia.

To get your daily dose, eat foods such as spinach, asparagus, beet greens, cauliflower, and almonds.

This macronutrient helps your body produce neurotransmitters. With protein, you're supplying your system with essential amino acids that support your emotional health.

Without it, you’ll come up short on happy chemicals like dopamine and serotonin which will lead to all sorts of mental and emotional imbalances. Make protein-rich foods like quality meat, eggs, poultry, and seafood as part of your daily diet.

Some of the better-known ones in this group are folic acid, thiamin, riboflavin, and niacin. Aside from boosting your immune system and balancing your hormones, these vitamins collectively keep you emotionally grounded.

In particular, they can slow down the aging of the brain which could lead to Alzheimer's disease and dementia. They also help manage your weight, speed up cognitive functions and fight depression.

You can take B-complex supplements and eat foods which are naturally rich in these vitamins. Some of them include wheat germ, fish, broccoli, beans, kale, potatoes, liver, and yogurt.

And here are some of the other foods you can eat to protect your mental health:

One of Dr. Rucklidge’s most notable findings involves the role of nutrition in helping people recover from traumatic events.

At the University of Canterbury, Dr. Rucklidge and her team did a study on the effects of the Christchurch earthquakes on a group of participants.

After a month of treating them with a nutritional approach... The researchers found that they could cut down the rates of PTSD from 65% down to 18%.

And what’s more surprising is that these same people fared better... ONE YEAR later than those who didn’t have the same treatment.

Meanwhile, the University of Calgary also did a similar study where they looked at the people affected by the massive floods that happened in Canada back in 2013.

By administering the right micronutrients... They also found that the subjects were able to better cope with mental and emotional distress.

So, it’s obvious that eating choices that revolve around refined grains, synthetic ingredients and high amounts of sugar can’t be good for you.

They don’t just exacerbate conditions linked to mental health, but also ones related to gut permeability, immunity (and autoimmune illness in particular), chronic inflammation and cancer.

…they’ve already made it clear that eating the right food can prevent major sicknesses and live longer.

The problem today is that it’s become harder than ever to escape the trap of the Western diet.

Supermarkets, restaurants, and even our homes are flooded with processed food. It's become normal to eat the equivalent of half a pound of sugar a day... Because of the refined foods that permeate our lives.

A lot of people fall into this trap and get sick, but it's not their fault - they simply don't know any better.

And so we believe that their foods are the only ones out there.

But there is a way out of this mess. It starts by freeing your mind and rethinking the way you eat.

This cutting-edge documentary series pulls the curtain back and shows you what the modern food industry doesn’t want you to know:

Learn the Shocking Truth Behind Food, Health and You – CLICK HERE to Watch it Now

« Can You Heal Depression With Nutrition?
The Key To Losing Weight Without Exercise »
Members LoginFAQTerms of UsePrivacy PolicyGDPRCookies Policy