The Key To Losing Weight Without Exercise 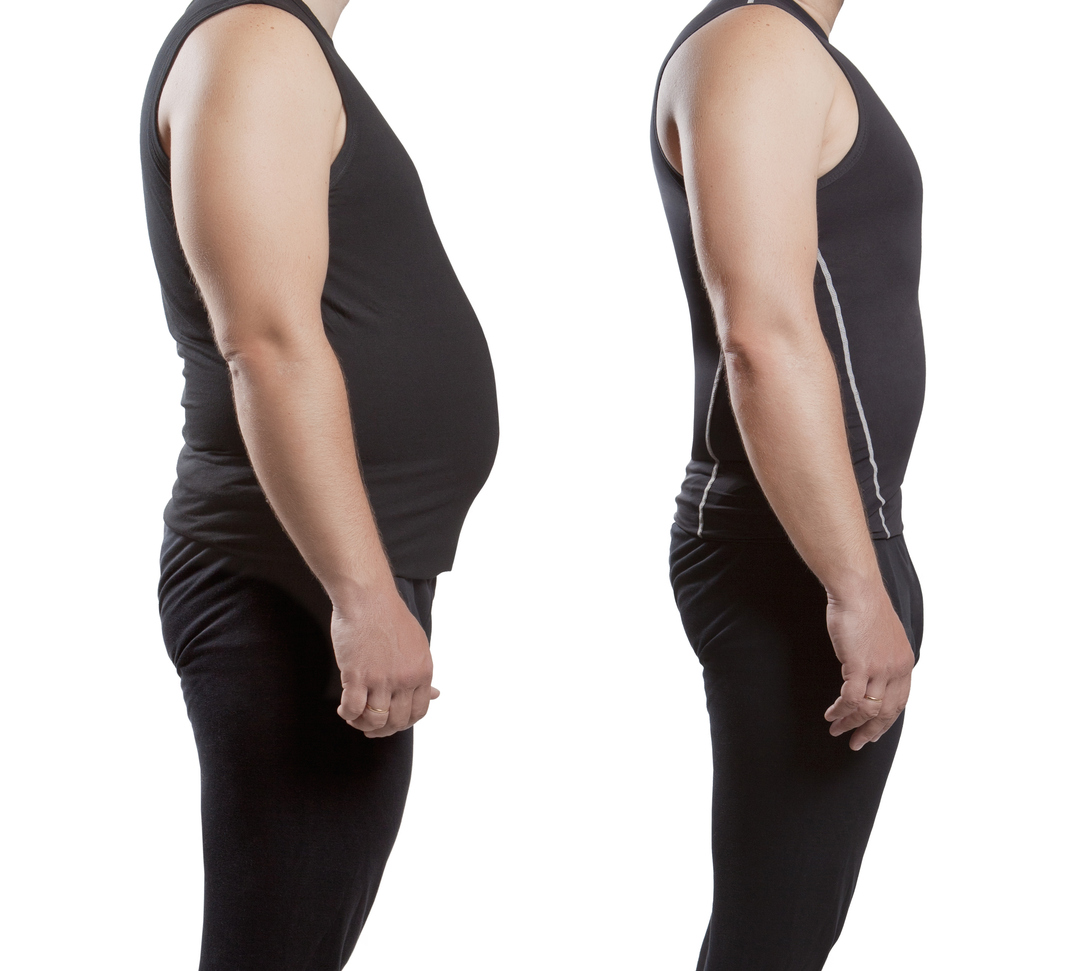 “Whenever I feel the need to exercise, I lie down until it goes away.” ― Paul Terry

Slowly but surely, we're turning away from the old belief that we need to "eat less and exercise more."

While working out has its place in losing weight, the outdated notion of skipping calories - just because they're calories – is harmful.

In the 2015 documentary "That Sugar Film," Damon Gameau turned himself into a walking, talking lab rat.

Over a grueling period of 60 days, he tried living on a diet consisting of highly refined, processed food chock-full of sugar.

How much sugar, you ask? Try 40 teaspoons a day.

But the funny thing was that he consumed the same amount of calories in his new diet.

However, the difference was he was now consuming empty calories, not to mention a truckload of sugar that all but destroyed his insulin, blood sugar and hormone levels.

Oh, and Damon STILL maintained his old exercise routine while he went through this self-imposed hell.

And even though he worked out, it didn't take long for Damon to get sucked into a vortex of insulin resistance, lethargy and OBESITY.

Here's what you can learn from Damon's experience: you're not going to lose weight if you focus too much on calories...

…and more importantly, if you ignore the nutritional value behind the food you're eating.

In other words, just because you're eating a low-calorie diet, it doesn't automatically make it healthy.

Above all, no amount of exercise is going to help you burn fat if your food choices are silently undermining you every step of the way.

Like I said, working out is a crucial part of losing weight, but you’ll never drop those pounds without the right eating habits to support it.

With that, here are

Five Surprisingly Effective Ways To Lose Weight Without Working Out:

#1: Eat Heartily and Drop the Guilt

Let me share a little secret about your gut. While your digestive system is in charge of breaking down the stuff you eat and giving you nutrients, there’s more to it than that.

Your gut also has hundreds of millions of nerve cells and neurons that act as a "little brain," a.k.a. enteric nervous system (ENS).

Now, the ENS does all the heavy lifting in terms of running digestive functions AND communicating back and forth with your big brain upstairs.

The reason why this connection is important is because it’s a TWO-WAY communication line - this means that your thoughts and mindset can also travel down to your gut.

So when you eat with a measure of guilt because you ate something unhealthy, this actually messes with your digestive processes.

Let’s say for example, that you had a moment of weakness and scarfed down a couple of donuts.

If you attach negative feelings to the experience and think you're a terrible person for doing that, your big brain will send a signal which will disrupt metabolic functions and so on.

Then those donuts will stay in your gut longer than it should, causing you to store more fat than necessary.

If you had eaten it without the self-judgment, you would have fared better and broken down the donuts more efficiently.

And here's the kicker - if you're also in a negative state of mind when you eat healthy food, your gut will reject it just as much.

Maybe you're thinking in the back of your mind, “Oh, this salad is my punishment for being so weak-willed,” then your gut is ALSO going to “hear” that unhealthy narrative.

So regardless of what you eat, your state of mind MATTERS.

Now imagine if you ate something healthy while feeling good about it and staying fully present in the moment.

You’d break down that food better and fully absorb its antioxidants and anti-inflammatory nutrients. That would be optimal, wouldn’t it?

#2: Banish the Word "Diet" From Your Vocabulary

While we’re on the topic of mindset, you should also move away from thinking in terms of “diet”…

There are a couple of reasons for this. First of all, operating on a diet type of mindset creates RESTRICTIONS in your head.

Plus, you’re always on a count-the-calories-don’t-eat-this-don’t-eat-that way of thinking. This creates unnecessary stress.

Studies have shown that elevated stress levels actually compel you to consume more food, and that means you’ll be putting more pounds rather than losing them!

Secondly, being on a “diet” sets a trendy, one-shot-deal kind of tone for your eating habits.

…you need to need to be thinking about the long game.

Thus, instead of thinking in terms of diet, focus on a LIFESTYLE built on a series of small, doable changes that you can stack up.

If the thought of committing to something like that feels overwhelming, it’s ok. You just need to figure out a way to break it down into small steps you can take action on every day.

Remember, lifelong habits are nothing more than the result of small changes.

#3: Load Up on Protein and Fats

As we talked about at the beginning of this article, the stuff you eat matters just as much as physical activity – if not more.

This is crucial because adequate muscle mass is needed to help you burn fat and calories better.

Studies prove that starving yourself of this essential nutrient will cause muscle atrophy, which makes losing weight harder.

As for fat, most people sadly misunderstand this vital macronutrient. Studies that came out in the Post-World War II era painted all forms of dietary fat in a bad light.

People thought that all types of fat caused heart disease and high cholesterol, but time has proven this wrong.

There are some good fats - such as polyunsaturated fats and omega-3 - which help with brain function and act as a slow-burning fuel source.

So don't be afraid to eat foods like avocados, coconuts, eggs and nuts which give you these good kinds of fats.

The caloric cost of these foods is worth it because they leave you feeling full longer and energized throughout the day.

Yes, I did just tell you that you can lose weight without having to exercise, but hear me out.

Ask yourself, “What IS exercise, anyway? What does it actually entail?”

Chances are you’re picturing yourself in a gym, grunting as you hit those weights or panting while running on the treadmill.

But since we’re all about mindset today, I’d like you to challenge that notion of exercising.

If that type of activity isn’t your cup of tea, there are other ways to snap yourself out of a sedentary trance without joining gym rat race.

According to a study from McMaster University in Canada, even 10 minutes of cardiovascular activity daily is beneficial.

Whether it's walking outside, playing Frisbee with your kids (or dog), doing a bunch of pushups, or jogging a few blocks, you can reinvent your idea of what it means to exercise.

You might think you’re getting more done by sleeping LESS, but that’s counterproductive in the long run.

Spending one too many bleary-eyed mornings is going to take a toll on your cognitive abilities. Your judgment will be impaired, and you're more likely to be emotionally unstable.

This will throw a wrench in your overall plans, especially if you’re trying to get to the next level of success in your life.

And the fact that sleep deprivation promotes obesity won’t help you either.

A lack of sleep puts your hormones out of whack, which means you’ll have stronger cravings for unhealthy food. And that’s going to cause your blood sugar levels to rise.

This will trigger your body to produce excessive insulin. This leads to insulin resistance and a stronger drive to overeat even more.

Once this cycle’s underway, you’ll be on your way to gaining weight at a steady rate.

#6: Bonus Tip - Ditch the Processed Junk From Your Life

We talked about eating unhealthy food earlier, and I know it’s tricky to change this habit.

If you push yourself too hard NOT to eat certain stuff, you’ll make that “prohibited” food only more appealing.

And the truth is that simply cutting out the pro-inflammatory, blood sugar-spiking food will already make a significant impact in your life - and on your waistline.

The good news is that this step doesn’t involve setting one foot in the gym.

At the same time however, giving up these "Frankenstein Foods" should feel like a choice you TRULY want – instead of being FORCED into it.

Maybe you're not ready to cut the umbilical yet. I get that.

If you really want to detach yourself from poor food choices, the best way is to be DISILLUSIONED by it.

And to do that, you need to have a detailed understanding of what processed food does to your body.

Once you've painted a vividly unappealing picture, making that change will come NATURALLY to you.

There’s no need to feel anymore that you’re depriving yourself of these refined foods. Instead, you’ll find WHOLE, unprocessed foods more appealing and satisfying.

As it happens, I’ve got just the thing to help you change your mindset.

The Ugly Truth About Food

By the way, the most shocking thing about Damon’s experimental diet is that this is NORMAL by today’s standards.

The New Hampshire Department of Health and Human Services (DHHS) reports that the average American goes through 152 pounds of sugar in one year, or almost half a pound a day.

And as Damon pointed out in his film that there are loads of hidden sugar in everyday foods – often where you least expect.

They pretend to be good for you by slapping on a label with a deceptively cute picture of a sunflower or cow.

In reality, they’re loaded with sugar under the guise of being “low-fat” (as if ALL fats were bad) or “sugar-free” (while containing an equally unhealthy artificial sweetener).

The majority of them are marketed as healthy when in fact, they’re part of those “Frankenstein Foods” we talked about.

And a lot of these are lurking in your supermarket, hiding in plain sight.

The truth is that food companies have mastered the art of turning natural flavors from whole food and warping them into a hyperpalatable state.

These strategically manufactured food-like products keep you addicted without providing the benefits of REAL food.

If you want to learn how to avoid the perils of the Western diet, embrace WHOLE, unprocessed food…

…then you need to check out this eye-opening documentary now:

Learn the REAL DEAL about Food, Health and YOU – CLICK HERE!