How to Diet (If You Hate Dieting) 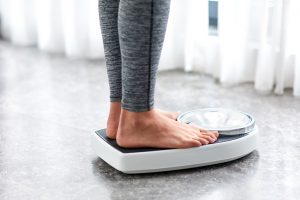 There’s no great secret to weight loss. We all know the magic formula, don’t we? You just burn more calories than you eat. That’s it. Simple!

Yeah, right. Easier said than done, as anyone who’s ever tried to lose weight knows. There’s a reason why so many people go on diets every year, and, after a bit of initial success, wind up right back where they started. Or worse. And there’s a reason why some people are so discouraged that they claim diets don’t work at all.

But here’s the thing. Diets do work. If you eat at a 500 calorie deficit every day for a year, you absolutely will lose weight. The reason most diets fail is not due to some intrinsic design flaw, but because people can’t stick to them.

There are lots of reasons why people can’t stay with a diet in the long term. Some diets are just very hard to “power through”. Maybe the best example of this is the classic low-calorie, low-fat diet. If you feel hungry all the time, eventually your willpower will give out.

And some diets are just too difficult to plan for, requiring precise measurements, exotic supplements, and loads of meal prep time that, let’s face it, is a bit more than most of us can manage.

The solution? Find a diet that works, that’s easy to get right, and takes very little willpower to stick to.

There are a few of these, but two superstars stand out: the ketogenic diet and intermittent fasting.

You love a nice, juicy rib eye. And you can’t stomach the idea of giving up bacon and eggs for breakfast. Maybe you could live without cheese … in theory. But is that really living?

Ready for some good news? There’s a diet that lets you have all of those things. And not just as an occasional treat, but as the core of your eating plan.

It’s called the ketogenic diet, and its proponents include Hollywood A-listers and pro sports superstars. So why do Halle Berry and LeBron James swear by “keto”? Hint: it’s not just about the bacon.

Ketogenic diets are remarkably effective at helping dieters shed the extra weight. They work by forcing the body into a state called ketosis.

The science behind this metabolic state is complex, but for our purposes, it can be distilled to one key effect: In ketosis, the body uses fat for energy instead of its usual fuel, glucose.

The result? The body becomes a fat-burning machine, gobbling up its reserves of fat while preserving muscle mass, leading to healthy, sustainable weight loss.

Since the goal of a keto diet is to get the body into ketosis, to force it to burn fat instead of glucose, any food that causes a spike in blood sugar needs to be avoided.

This means that sugary sodas, juices, rice, bread, potatoes, and most fruits are definitely out. So what can you eat on a ketogenic diet? The good stuff.

The relatively high levels of fat and protein will keep you feeling fuller, longer. More than anything else, this is why so many people love the keto diet: because it doesn’t feel like a diet at all.

It takes a few days of low carb eating to enter ketosis, since the body first has to deplete its supply of glucose before switching over to burning fat for energy.

Most people will need to limit their daily carb intake to around 50 grams of carbohydrates per day in order to accomplish this. That may sound like a lot, but when you think about the fact that a medium-sized banana has about 30 grams of carbs, you can see how it’s very easy to go overboard.

So initially, it’s a good idea to be on the conservative side and keep careful track of how many carbs you’re eating by using online apps or tables of nutrition information.

Also, a word of warning. At the beginning, it can be a big adjustment to transition to using fat for energy. And you can feel it.

Many people report a few days of headaches, low energy, and a “foggy” feeling that they can’t seem to shake. The phenomenon is common enough that people who follow the keto diet have given it a name: “the carb flu.”

Fortunately, like the real flu, it only lasts a few days, and many people say that once they made it through the initial discomfort, they felt a surge of energy as their bodies got used to their new fuel source.

But when starting the diet, it is often a good idea to take things easy for the first few days and avoid too much strenuous activity.

Keto diets are great for people who like to eat well without worrying about fat and calories. But they do take a bit of mental effort, especially counting carbs, which is non-negotiable, since just a few too many can cause you to drop out of ketosis.

And some people, unfortunately, never quite get used to the diet -- they just miss having some potatoes with their steak, or fruit as a snack.

But if keto isn’t for you, don’t lose hope. Intermittent fasting might be just what you’re looking for.

Some people like things really, really simple. Counting carbs, let alone counting calories, is a bit too bothersome. They don’t want to think about what foods they can and can’t eat.

For these folks, the simplest eating plan of all is intermittent fasting, or “IF”. And the most surprising thing about IF? You’re already doing it (just not very effectively).

When you think of fasting, religious imagery may come to mind. But don’t worry. You won’t be in the desert for 40 days and nights, and this has nothing to do with chanting mantras in an ashram. The key word here is “intermittent”.

On IF, you don’t stop eating for days at a time. In fact, the longest that most people who practice intermittent fasting ever go without a meal is 24 hours.

But isn’t it unhealthy to go without food? Even unnatural? Not at all. In fact, we all fast already, every night. When you go to sleep, your body enters a fasting state.

If you’re like most people, you have your last meal or snack of the day sometime in the evening, and then go to bed a few hours later. When you wake up in 8 hours (you are getting enough sleep, aren’t you?), you eat again. It’s called “break-fast” for a reason.

Every day, there is a period of about 10 hours spent without food: a fast. IF simply extends that fasting period a bit -- just enough to make it effective for weight loss.

On a typical IF diet, you’ll restrict your eating to a “feeding window”, a set block of time every day when you eat. You can do this one, two, or several days per week.

For some people, it’s as simple as skipping breakfast. They have their first meal at lunchtime, and their final bite at 8 p.m. That means that for the other 16 hours of the day, they’re fasting.

Other people prefer a wider feeding window of about 12 hours, but at the other end of the spectrum, there are those who find that a single, large meal per day works best for them -- in other words, a 23 hour fast!

As with all things, it’s best to listen to your body and find what works for you by easing into things slowly and testing out different feeding and fasting periods.

So what can you eat when you’re not fasting? Anything you like, within reason. While IF isn’t a license to binge during your feeding window, you can be a bit more flexible than with other diets, including keto. Want a couple of pieces of pizza for dinner every now and again? Fine.

Do you enjoy some chips with your sandwich at lunch? No problem. Even dessert is allowed on an IF diet. The bottom line is this: when you eat, eat normally, and enjoy your food. But when you’re fasting, you’re fasting -- no snacks outside of the feeding window!

Of course, the healthier you can eat, the better. And if you really want to kick your weight loss into high gear, consider combining IF with a lifestyle eating plan like paleo or the Mediterranean diet.

But how exactly does IF work? The biggest part of the diet’s effectiveness is probably the most obvious: calorie restriction. It stands to reason that if you eat for fewer hours per day, you’ll eat less as well.

But because you’ll be eating normal sized portions of all the foods you enjoy, you’ll hardly notice that you’re on a diet. And a growing body of research points to many surprising benefits of fasting, including positive changes to the body’s lipid profile, insulin response, and even metabolic rate.

So part of the magic of IF may also lie in its ability to put the body into a state more conducive to weight loss.

But the most obvious benefit of intermittent fasting is that it’s extremely simple. There’s no weighing portions, no checking nutritional information, and no counting calories. The only thing you really have to look at is … your watch.

In time, it will just become a normal part of your life. Something you don’t have too think too much about. Then it won’t be “dieting” anymore. It will just be “eating”.

As always, consult your physician before you make any change to your diet to be sure it’s safe for you. Get ready (and inspired) by reading more about keto recipes or healthy snacks to make the most of your intermittent fasting.

And once you’ve got your diet dialed in, start thinking about the other half of weight loss that we haven’t even mentioned yet: exercise. If you really want to take your weight loss -- and your health -- to the next level, find a way to get moving, every day.

It doesn’t matter what your current level of fitness is. Whether it’s a beginner’s walking program, a yoga regimen that will nourish both body and spirit, or intense strength training, there’s something that’s right for everyone.

« Lower Your Risk of Cancer by Eating These Foods
Diet and Chronic Inflammation: Improve Your Health Through Diet            »
Members LoginFAQTerms of UsePrivacy PolicyGDPRCookies Policy