Lower Your Risk of Cancer by Eating These Foods 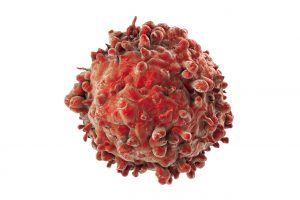 Fear. Sadness. Anger. Hope. Anxiety. One six-letter word has the power to evoke all these emotions in people worldwide. What is that word? Cancer. And one short word ... food... to lower your risk of it.

Whether it’s you personally, a loved one, a family member, a friend, a pet, or someone else – we all know someone who has had cancer. In fact, most of us have lost someone we love to cancer.

Estimates from the American Cancer Society based on data from 2011-2013 confirm how widespread the cancer epidemic is.

How can you prevent cancer?

While there is no magic pill you can take to prevent cancer, there are lifestyle changes you can make to help you prevent the disease. Perhaps the most influential habit we can control that directly affects our risk of cancer is our diet. Let’s review the impact of nutrition on our health and how certain foods have the power to help prevent cancer.

Healthcare Industry Fails Us by Ignoring the Impact of Nutrition

Have you ever heard the expression, “you are what you eat?” It’s more than just a saying. It’s the truth. Diet creates the foundation of our body and its ability to fight off disease.

Further compounding the problem, Robbins explains how physicians can go through six years of medical school in addition to their years as a resident, and yet not take one nutrition course.

He explains, “We all know intellectually that an ounce of prevention is worth a pound of cure, and yet functionally the way we’re living is the complete opposite of that. And that’s not by accident. We have a lot of money being made by the food industry for selling whatever it can sell for the lowest possible price.

We’ve got a lot of money being made by the medical industry (19 percent of the Gross Domestic Product of the United States) and most of that money is being made by treating the symptoms of disease.”

Diets rich in fruits and vegetables have been linked in various studies to help lower cancer rates. Why is this?

Perhaps you are familiar with antioxidants, such as lycopene, beta-carotene, and vitamin C that are found in various fruit and vegetable sources. Plant-based chemicals such as these create a defense mechanism that protects cells from compounds found in food and the environment which are harmful.

Furthermore, these substances also prevent mutations and cell damage according to Jed W. Fahey, EcD, MD, who is a researcher associate at John Hopkins University School of Medicine.

A diet that could help protect your body against cancer consists of the same healthy foods you should already be eating, says a behavioral science professor at the University of Texas M.D. Anderson Cancer Center, Wendy Demark-Wahnefried, PhD, RD.  That translates to a diet with plenty of vegetables, fruits, lean meat, fish and whole grains.

Contrary to common belief, eating a healthy diet that is rich in nutrients and proven to help prevent cancer, does not mean you have to give up sweets. Sugar in its refined form is a definite no-go as it contributes to the growth and development of cancer. However, nature has a vast selection of completely natural sugars, especially those found in fruits.

Which foods should you be eating to prevent cancer? Keep reading to find out.

The benefits of these power foods and their cancer-fighting properties are incredible. Here is a list of reasons why seeds and seed sprouts are so impressive:

Anticancer. Anti-inflammatory. The Chaga mushroom is packed with minerals and is composed of 15 percent ash. Ash contains a large amount of the enzyme-activating manganese which has been shown to play a role in cancer prevention.

Rich in Apigenin, celery is a powerful anticancer food. Apigenin is a bioactive flavonoid found in plants that possesses powerful anti-inflammatory, anticancer, and antioxidant properties. Diets that are rich in flavonoids are known to reduce the risk of cancer - especially breast, GI, skin, prostate, and certain blood cancers.

A study from Harvard confirms that women who ate a diet rich with vitamin B-6 foods were less likely to get colorectal cancer. Other sources, such as WebMD, indicate that an increase in vitamin B-6 foods has been linked to a lower risk of lung cancer.

A 2008 study published by the National Center for Biotechnology Information (NCBI) found that a certain amount of vitamin C (50,000 mg) delivered IV was effective at treating cancer - and leaving intact the healthy cells.

Grapefruit can accelerate an enzyme for detoxification in the liver that helps to improve overall liver function and pathways for detoxification. In addition to vitamin C, citrus fruits also contain other cancer-fighting elements, including:

Another Harvard study found that people who ate peaches only two times per week had a 40 percent lower chance of breast cancer.

The phytochemical responsible for this action is called resveratrol. 280-billion dollar per year biochemicals industry cannot create a substance as effective as resveratrol.

Sulfur compounds that are present inside of garlic may stimulate the immune system’s defenses against cancer. Garlic holds the potential to reduce tumor growth and can even reduce the likelihood of stomach cancer.

“Dietary fiber, or roughage is a known cancer fighter found only in the cell walls of plant foods.

For years, studies have pointed to the fact that increased fiber intake decreases the risk of colorectal cancer.

This protective effect may be due to fiber's tendency to add bulk to your digestive system... Shortening the amount of time that wastes travel through the colon.

As this waste often contains carcinogens, it is best if it is removed as quickly as possible; so, increased fiber decreases chances for intestinal cells to be affected.

In addition, when bacteria in the lower intestine break down fiber, a substance called butyrate is produced which may inhibit the growth of tumors of the colon and rectum.”

While it’s well-known that a diet high in fat could increase your risk of cancer... What many do not realize that a diet rich in healthy fats may protect against cancer.

Healthy fats fight inflammation and improve the health of the brain and heart.

A study in the American Journal of Epidemiology observed that the group with the most omega-3s in their diet had a 40 percent less risk for Non-Hodgkin’s Lymphoma compared to those that ate the least amount.

On their page, “How Carotenoids Help Protect Against Cancer”, PCRM references three sources that confirm carotenoids reduce the risk of breast, prostate, and skin cancer.

As we mentioned earlier, cancer rates are simply out of control. In fact, the American Cancer Society estimates that in 2017 - 1,688,780 new cancer cases will be diagnosed and 600,920 people will die from cancer in the United States.

You are in control of what you put into your body. The very first step in protecting yourself against cancer is understanding the important role that nutrition plays... In the development and prevention of cancer.

Use this information to guide you and your family in your dietary choices to live a happier, healthier life.