The Dangers of Prescription Medication 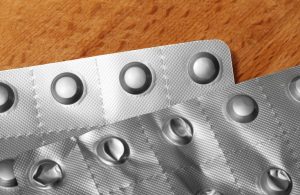 Most of us will have taken prescription medication at some stage in our lives. Whether for a cold, flu, stomach illness, injury or something more serious, popping a few pills given to us by our doctor is simply one of the steps in getting well again. After all, doctors are medical professionals – they know what they’re doing, right?

Unfortunately, it’s because of this trust that we sometimes forget about the potential harm in prescription medications.

When taken according to a medical professional’s instructions, most prescription medication is absolutely safe and effective. But what many people forget is that some prescription drugs are associated with a number of NOT-so-good health effects.

What is Prescription Medication?

As most of us know, prescription medication is any pharmaceutical drug given to a patient following instructions from their GP. Unlike over-the-counter medications, a pharmacist dispenses the prescription to us along with the doctor’s instructions regarding dosage timing and quantity.

It sounds crazy, but statistics from the National Centre for Health show that 48.7% of the adult population in the US takes at least one prescription drug. The most frequently prescribed types of therapeutic drugs include analgesics, antihyperlipidemic agents and antidepressants.

That’s a lot of pill-popping!

It’s no wonder that there’s been such an alarming rise in prescription drug abuse in recent years; seems there are lots of doctors out there prescribing lots of pills.

Which Prescription Medications Are Considered Dangerous?

“Misuse” of medication can occur if people take it without a prescription, or take too much, or take it for the feeling it produces. And yes, this can be either intentional and unintentional.

The medications known to be misused most frequently misused include:

There’s no denying that, sometimes, certain prescription medications are very necessary. But things can go very wrong if we keep taking those medications for a long time. The medications most commonly associated with adverse effects include opioids, CNS depressants and stimulants. Research has shown that the long-term effects of these may lead to:

The Most Dangerous Prescription Medications

Opioid Painkillers
Anyone who’s ever had a serious injury or surgery will know the benefits of opioids. Taken for both acute and chronic pain, conditions, opioids are one of the most effective and commonly prescribed medications worldwide.

But they’re also one of the most dangerous. Opioids are a type of narcotic painkiller derived either naturally or synthetically from the opium poppy. They work by triggering a release of dopamine, which reduces the perception of pain and temporarily make us feel ‘good’.

The trouble with opioids is that they can be seriously harmful if misused. That ‘feel good’ state of euphoria they induce can make opioids highly addictive. They also slow down thinking and the ability to control bodily movements, which is obviously a major risk if people get behind a wheel.

These effects not only reduce quality of life, but can mean we need more health care later on in life. What’s really scary is that, In 2007, the number of deaths from overdosing on prescription opioids outnumbered deaths from heroin and cocaine combined.

There are prescribed to patients who suffer from anxiety, panic attacks or insomnia. CNS depressants include opiates as well as benzodiazepines and barbiturates, and they work by slowing down the brain’s normal activity: basically, making us feel calm.

Unfortunately, they’re also linked to a bunch of complications. Slurred speech and poor motor function are just the beginning. They can also suppress our cough reflex which can cause inflammation in the airways and respiratory failure. If taken in high doses, they can even cause brain damage.

Unfortunately, accidental overdose is quite common: these drugs can put people in a state of confusion to the point where they forget how much medication they’ve already taken.

Using CNS depressants over a long period of time is a recipe for tolerance and physical dependence. This in turn can lead to:

The controversy over giving ‘naughty’ children stimulants such as Ritalin has been going on for some years. These drugs have a calming effect and help kids with ADHD to focus. There are short term effects, though: loss of appetite, insomnia, nervousness and fever. Even more serious are the long-term effects, including:

In adults, the use of stimulants is rife with stories of abuse, addiction, neurotoxicity and even death. And after all that, a lack of research means we don’t even know what these drugs can do long-term – and yet they’re still prescribed for long-term use.

Just when you thought it couldn’t get any worse, prescription medications also have the potential to interact dangerously with other drugs or substances. According to WHO, toxic drug interactions are one of the leading causes of disease and death.

Drug interactions may prevent a medication from working properly, or cause unexpected side effects, or even increase the actions of another medication.  The worst offenders are opioids, CNS depressants and stimulants: these can have serious consequences if taken together or with over-the-counter medications.

For example, mixing opioids with CNS depressants, alcohol, cold and flu medication or even antihistamines can seriously affect breathing, and has in some cases led to death.

No doubt you’ve heard about ‘antibiotic resistance’.  While indeed necessary to treat certain bacterial infections, it’s now quite obvious that antibiotics are over-prescribed worldwide – and have been for some time.

We’re now having to cope with bacteria that has mutated to the point that it reduces or eliminates the efficacy of antibiotics. These strains of ‘resistant’ bacteria survive and multiply, causing further disease.

And if that wasn’t enough to put you in a sweat, it’s now known that there’s resistance to nearly every type of antibiotic that has been developed.

No surprise then that WHO believes antimicrobial resistance is one of the greatest threats to human health worldwide.

Reducing the Risk of Prescription Medication

While it’d be nice to think we could go through life without taking any prescription medication at all, the reality is that it can be a very useful – and necessary – means of survival.

Instead, be responsible. Ask your doctor to explain your prescription – what it is, why it’s being prescribed, and any potential side-effects or long-term effects. And ask if there’s any risk of taking it with other medications – prescription and OTC.

And of course, there’s no harm in doing your own research!